5 Powerful Things That Happen When a Business is Transparent 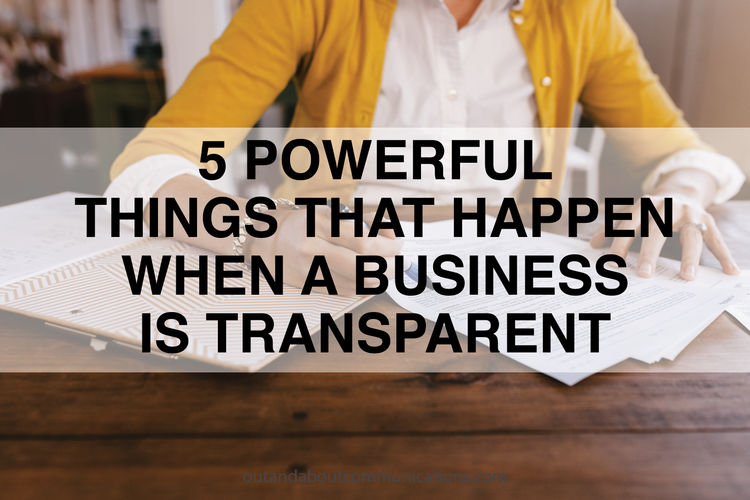 The concept of “need to know” has taken a dramatic shift in the past few years. The rise of social media—and the increased sharing of information—has demanded more of businesses than ever before. In fact, their success often hinges on how accountable they are to the public. But what does it mean to be transparent in business?”

Transparency can mean different things to different companies. To most, however, it means sharing information in a real and genuine way. Withholding or strategically misconstruing information is no longer acceptable for this new era of customers who are savvier than any generation before them and who err on the side of caution when it comes to rallying around a brand.

Transparency is something that a business must work at over time to perfect, but it can pay off big in the long run. Take a look at how transparency can help your business.

Perhaps the greatest benefit of transparency is it produces trust. Just as with personal relationships, a business relationship is strongest when built on a foundation of honesty and truthfulness. It is difficult to establish trust when a company does not disclose information, keeps everything close to the vest, and remains closed off. By giving people a window into its workings, a company can prove it adheres to ethical business practices, and thus build trust with their customer base.

Martha Rodgers, a writer of Extreme Trust, points to a good example of an organization that lost the trust of their customers and in turn went bankrupt. “Look at Blockbuster. Their customers hated late fees more than anything. When Netflix came around and didn’t have late fees, Blockbuster dragged its feet. After all, customers could always avoid late fees by turning in their movies on time. By the time they tried to change their model, it was too late. They’d lost their customers’ trust.”

Transparency isn’t just a public-facing practice. A culture that values transparency breeds engaged employees. Allowing employees to see where the business performs well, and in which areas it struggles, binds each employee closer to the company’s strategic goals. Openness and trust help to create a comfortable environment that spurs innovation and experimentation while revealing early failures and oversights. The more a company trusts their employees with their wins and shortcomings, the greater the personal connection is to the company and the more dedicated your employees will feel about working there.

One company that has done a great job of encouraging open, honest communication is SAP, a provider of enterprise application software. Their employees understand the “why” behind their jobs—what they’re expected to achieve and why it’s important to the greater good of the organization. Collaboration is encouraged and teams communicate with other SAP offices around the world to get projects done. Additionally, leaders encourage all employees to engage in the conversation and offer their own feedback.

Information moves fast and that means you need to respond quickly to both positive and negative press. In an age where a story can become viral in a matter of minutes, the timing of a business’ response is more important than ever.

If you don’t know how to respond to the public conversation initially, a simple three-pronged “aware, working, and update” post is sufficient. It shows you are aware of the situation, are working on the problem, and will update people once you know more. If you cover these three bases, it stops people from drawing their own conclusions. It tells them that you are both listening to the conversation and working to solve the problem.

The Internet can be a cruel forum for disgruntled customers. They don’t take kindly to people who make excuses or stay quiet. Companies should instead own the problem, respond to it, and let people know they are working on a solution.

JetBlue is a business that aims to be responsive and transparent. In an industry that’s rife with angry customers due to airline delays, JetBlue responds quickly to both satisfied clients and frustrated ones.

JetBlue is also known to be extremely responsive to customers who mention their brand online. Whether they send a public @reply or a private Direct Message to answer a question, they interact quickly.

Some businesses realize the importance of transparency only after they’ve been involved in a scandal and have had to publicly defend themselves or otherwise explain their actions. Having a transparent approach to business even before an extreme situation occurs proves to the public that you have nothing to hide. If your business constantly practices accountability, it will, in turn, develop a sense of credibility among your audience.

By doing so, they have become a trusted news source in an age where ethical journalism is often questioned.

Companies that practice transparency in today’s society is certain to build loyalty with their customers. This type of honesty is difficult to find in the modern age, which is why customers tend to stay committed to a transparent organization when they find one.

In 2008, Domino’s Pizza surveyed its customers asking what they loved and hated. The customers spoke: They didn’t love the crust, the sauce, or the cheese. Domino’s publicly shared the survey results, asking customers to help fix the problems. They spent 18 months reviewing thousands of messages through social media and invited regular customers to try their pizzas, making changes along the way.

When the company re-launched its product at the end of 2009—with a series of commercials featuring its troubles and solutions—the response was overwhelmingly positive. Domino’s continues to ask their customers for feedback and now has more than 10 million fans on Facebook and over 900 thousand followers on Twitter.

Classy is an online fundraising platform for the modern nonprofit headquartered in San Diego, California. We're thrilled to share this fine city with other amazing start-ups that continuously do good! If you'd like to learn more about Classy, be sure to check out their website and follow them on Facebook, Twitter and LinkedIn! 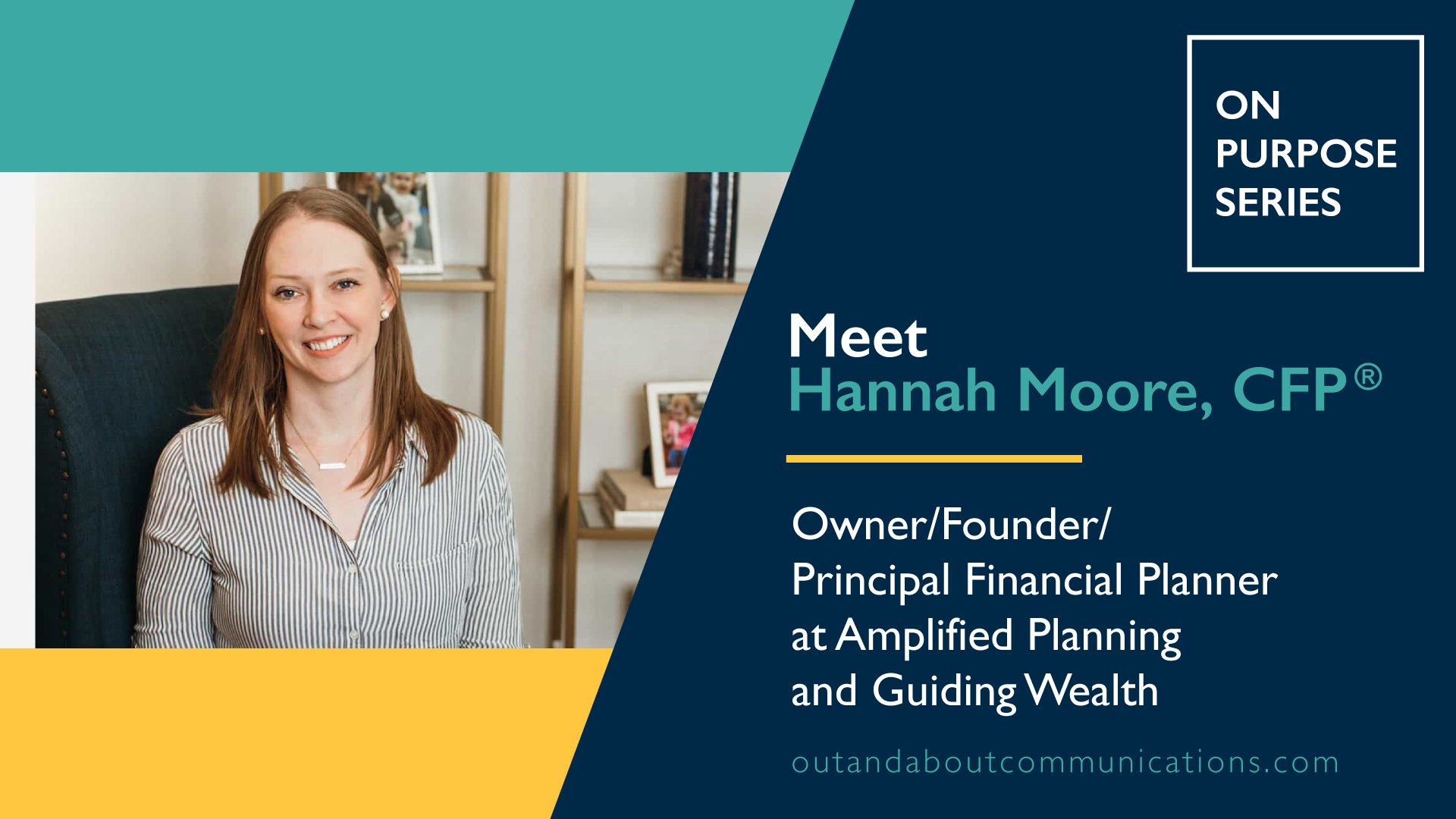 Building A Virtual Externship for the Next Generation of Financial Planners, With Hannah Moore 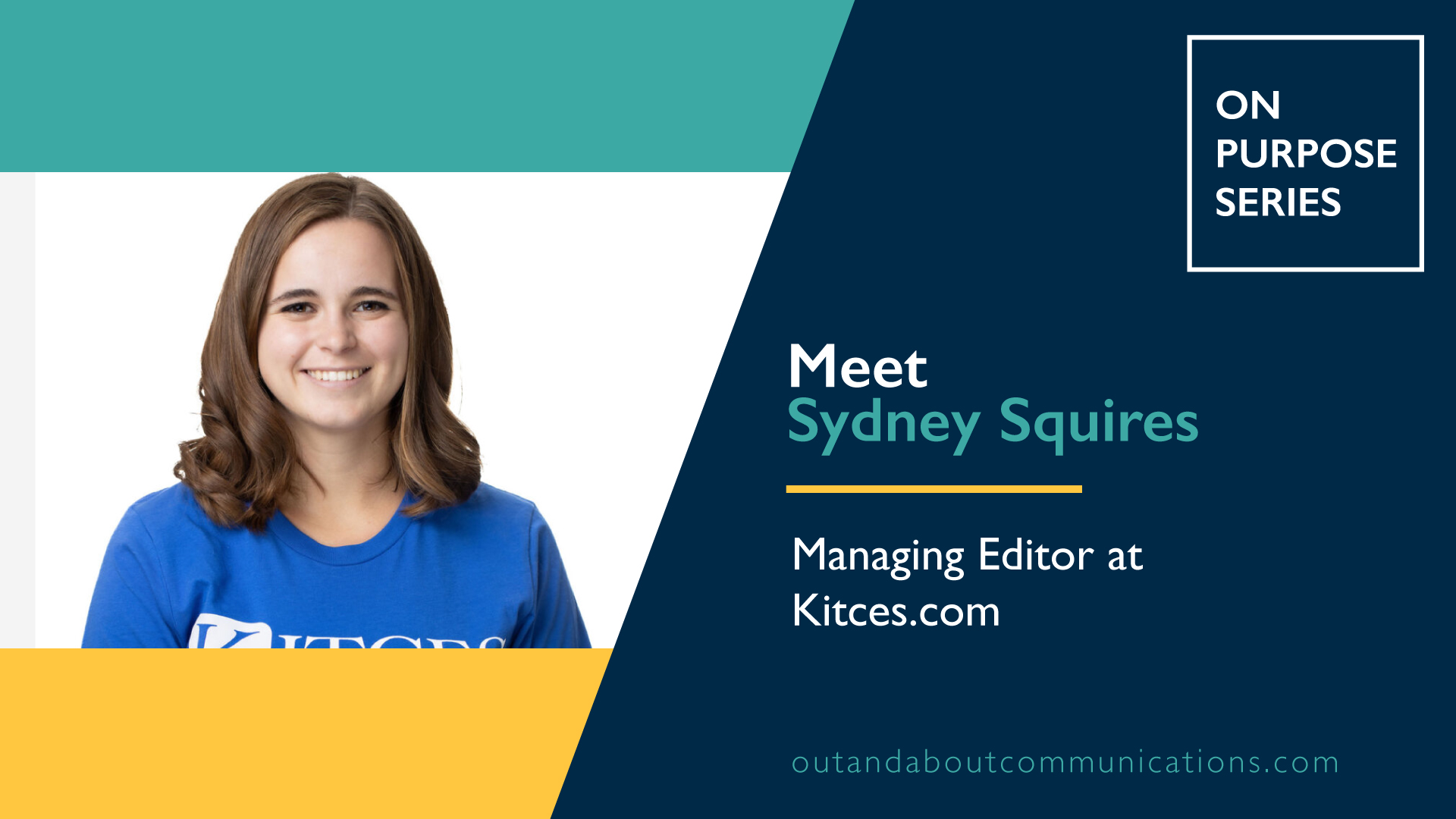 Stay in the know about upcoming features.